Like every other morning, the spider named User Z, woke up with a feeling of despair and a desperate need of a cigarette. He had been trying to stop smoking grass for several weeks now and nothing seemed to help. Every day the craving for a cigarette was too hard for him to resist. His mother told him she would send someone to help him.

As he lifted his sleepy head this particular morning, he noticed two new bugs stuck in his web. One of them was clearly a grass hopper with shimmering green color and strong legs. The other one was impossible to tell from its appearance. It looked extremely fat and had several layers of something fuzzy all over its body.

– Please don’t eat me! The bug yelled.
– Why not? The spider said and felt how empty his stomach was.
– I am from the stop smoking grass authority!

The spider looked at him and frowned. So this was the help mummy offered him?

– Are you the answer to my prayers? The spider said in a sarcastic tone of voice. What kind of a bug are you anyway?
– I am grasshopper, can’t you tell?!
– A grasshopper? Really? Excuse me for saying so, but you look a bit too fat to be a grasshopper. Are you even capable of producing a jump with that giant body?
-Well, no, not right now I guess… You see, I keep getting these layers on top of me all the time, and when a new one lands in my lap, the old one is still there.
– That sounds heavy and a bit unnecessary to carry around with, the spider said, what are these layers made of?
– They are made of content, the bug said.
– Content about what?
– Well, I´ve got content about our authority and what we do, statistics about how many smokers there are, information about the health risks with smoking grass and lots of content about how to stop smoking. And some news about what happens within the authority.

The spider looked at him and nodded slowly.
– Ha ha, I told you, you wouldn’t eat me! The bug said victorious.

But the spider thought of his mother and how she could even believe that this bug would help him stop smoking.
– I am really in need of a cigarette right now and neither you nor my mother have convinced me to stop smoking.
– But all the information you need is in here, the bug said and pointed at his giant belly. For you to use, not to eat!
– Uhum, the spider said.

– Let me ask you one final question: What makes you satisfied? When do you feel that you have succeeded?

– Let me think, the bug said and went silent for a while.
– Well… I guess I am satisfied when all my content is accurate and up to date. And the rest of this obsolete content layers are deleted from my body. Then I will be able to jump again, he said.

The spider yawned and turned his attention to the other bug, the beautiful grasshopper to his left. 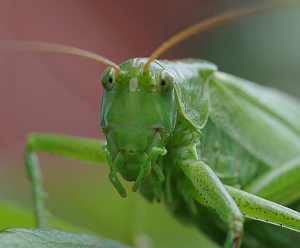 – Eating me won’t help you stop smoking, but saving me will, the grasshopper said in a calm voice.
– And why is that? The spider said.
– Because I am your stop smoking grass hopper buddy. I will only be satisfied when you have stopped smoking.
– And how would you be able to do that? The spider said and thought about all these prior weeks of failure.
– I have done it before to many spiders with the same need as you have. I know what you are going through, what your flaws are and how difficult you think this is. If you fail I will be there to get you back on track. And when your need is fulfilled, I will be satisfied and that will make my legs even stronger than before and I will be able to jump higher and quicker than all the other grass hoppers.

The spider looked at him. This little bug did have point.

– So, if I set you free now I guess you will jump away from here as quickly as possible, right?
– No, that would be devastating! I never turn my back on a user spider. I would stay and learn more about your needs. Your involvement is absolutely necessary and it will make me transform into the quickest, most beautiful grass hopper in the world. Then no one will catch me, but everyone would turn to me for help and tell their friends about me. I would live forever.

The spider turned his head to the right and starred at the fat bug from the authority with a name he already had forgotten. A loud rumbling was heard from the spider’s stomach. He opened his mouth and in a bit of second he swallowed the fat bug.

With a burp he turned his attention to the grasshopper beside him.

– When do we start?
The grasshopper answered him with a big smile:
– We just did!

No one needs “content” per see, even though it is accurate and constantly updated. That is just the basic step in the pyramid of successful web realization. To be the best “bug” in your field, you need to constantly adapt to new conditions in the environment and only be satisfied when the needs of your users are fulfilled.  To make that happen you have to study their behavior in real life as well as on the web; get to know their goals, flaws and difficulties in reaching their goals. On the web you are their intelligent servant and without them you have no right to exist.